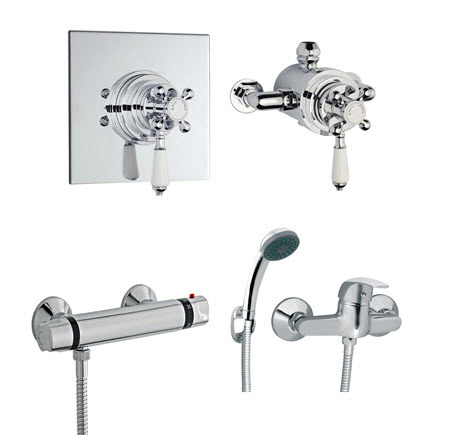 A thermostatic shower has an internal thermostat which automatically maintains the water at a selected temperature despite any fluctuations in the hot or cold water supply.

There a two principle faults that develop in thermostatic shower valves:

1. The escape of water. Either through the shower head, when the valve is turned to the off position, or from the shower body itself in the form of a leak or drip.

2. Failure to hold the set temperature. Often referred to as ‘temperature fluctuation’

London Extra are experts and diagnosing and repairing faults with thermostatic showers. Most faults are diagnosed within the first 30 minutes.

A mixer shower simply mixers the hot and cold supply to a manually adjusted temperature. The most common faults experienced in these showers are directly as a result of lime-scale build up within the shower which can result in the controls becoming stiff to use or a leak from the shower head or shower controls.

A shower servicing, sometimes requiring a new internal mixing cartridge or seals will solve 9 out of 10 problems with mixer showers. 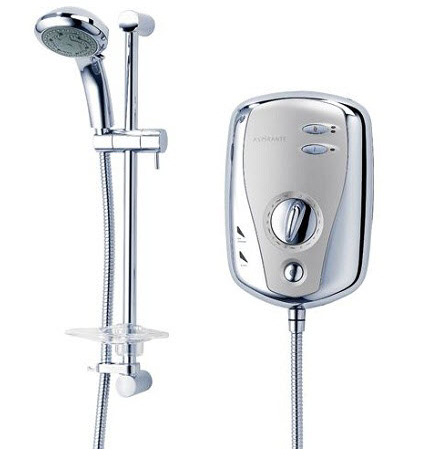 Electric Showers act as a mini boiler as they heat the incoming cold water to a desired temperature within the shower unit itself. They are in effect very efficient kettles.

Just like a kettle the boiling of ‘London water’ eventually results in a coating of lime-scale within the shower unit. Depending on how hard the water in your postcode is you should expect to replace an electric shower unit every 2-5 years.

Faults in electric showers are mainly as a result of lime scale build up within the unit or an electrical fault caused by an internal leak. Any failed components can be replaced. London Extra service, repair and fit any make or model of electric shower.

London Extra also offer a fixed price for the supply and fitting of a replacement electric shower of £279+VAT. 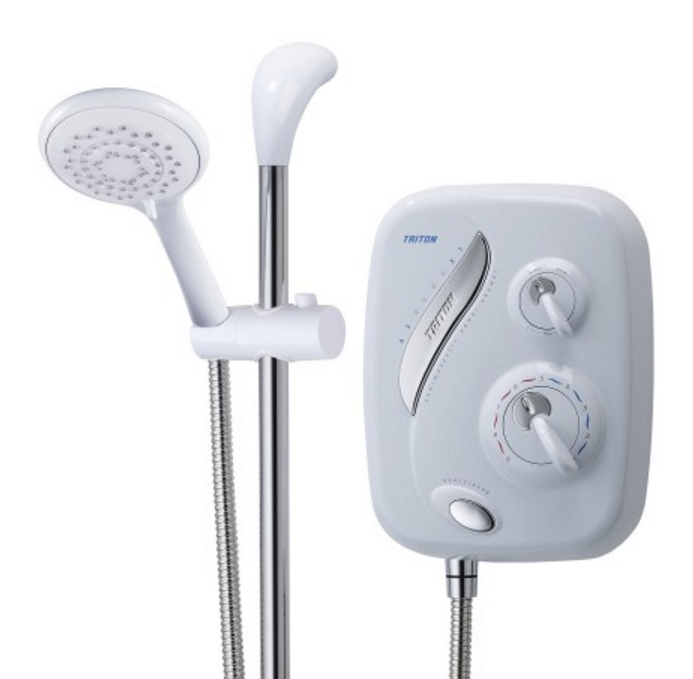 Power showers may look similar to an electric shower but they are different in the fact that they require both a hot and cold water supply. Instead of a heating unit they have pump. A power shower increases the pressure of the water in order to give a better shower experience.

Faults are usually related to an electrical supply, trapped air or pump motor.

Our London handymen can help diagnose, repair or replace a faulty power shower.

This website uses cookies to improve your experience while you navigate through the website. Out of these, the cookies that are categorized as necessary are stored on your browser as they are essential for the working of basic functionalities of the website. We also use third-party cookies that help us analyze and understand how you use this website. These cookies will be stored in your browser only with your consent. You also have the option to opt-out of these cookies. But opting out of some of these cookies may affect your browsing experience.
Necessary Always Enabled
Necessary cookies are absolutely essential for the website to function properly. This category only includes cookies that ensures basic functionalities and security features of the website. These cookies do not store any personal information.
Non-necessary
Any cookies that may not be particularly necessary for the website to function and is used specifically to collect user personal data via analytics, ads, other embedded contents are termed as non-necessary cookies. It is mandatory to procure user consent prior to running these cookies on your website.
SAVE & ACCEPT
Go to Top